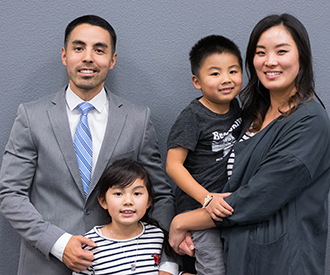 Eric Chabaneix has been a pastor of Pillar Baptist Church in Fremont, California since 2009. A graduate of the University of California Santa Barbara (UCSB), he holds an M.Div (2006) and a Th.M (2009) from the Master’s Seminary. Eric grew up in the Bay Area peninsula and met his wife Jennifer in Santa Barbara while pursuing his bachelor’s degree. After his studies, Eric and Jennifer returned to the Bay Area in 2009 to minister and start a family. Eric and Jennifer enjoy the company of friends, reading, and traveling with their daughter, Noah and their son, Evan. Eric is passionate about preaching the gospel and discipleship. He also enjoys the biblical languages and church history. 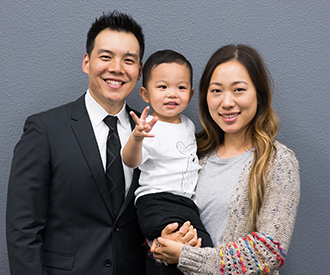 David Son joined Pillar Baptist Church as a pastor in 2015. He graduated from UC Riverside (2005) and earned his M.Div (2011) from The Master’s Seminary. David ministered in Southern California for 10 years before moving back to his hometown of San Francisco in March 2015. He is married to his wife Angela, and together they enjoy spending time with friends and family, reading good books, and traveling. Despite his 14-year stint in SoCal, David is a loyal San Francisco Giants, 49ers, and Warriors fan. 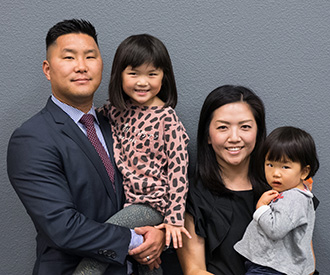 Danny Bae has been a pastor at Pillar Baptist Church since 2011. As a native of Northern California he earned his degrees from The University of California Santa Barbara (B.A.) in Business Economics and The Master’s Seminary (M.Div. & Th.M.). Before joining Pillar Baptist Church, Danny ministered in Southern California for 9 years. He is married to his wife Deborah, an occupational therapist in the Fremont Unified School District. Along with their daughters Camilla and Colette, they enjoy spending time with friends, eating good food, and cheering for the San Francisco 49ers and the Los Angeles Lakers. 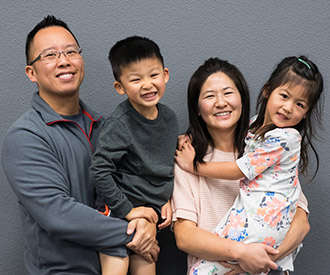 Basil Shen has been a part of Pillar Baptist Church since 2005. He has spent all his years in the South Bay except for his years in New York where he studied at and graduated from Vassar College with a B.A. Since joining Pillar Baptist, he has served in welcoming, sound team, worship team, men’s group, youth ministry, adult teaching, and leadership. Basil has been married to SueAnn since 2008 and in 2012 welcomed the addition of twins, girl and boy, Avery and Bennett. 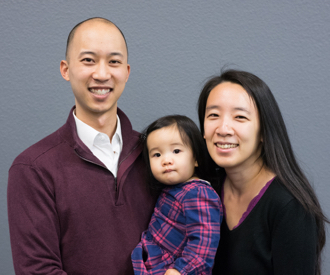 Michael Choy has been attending Pillar Baptist Church since 2011. A San Francisco native, he graduated from UC San Diego with a B.A in Interdisciplinary Computing in the Arts and a B.S in Computer Science. He currently works as a web developer. He has been married to Geneva since 2013, and they welcomed their daughter Mia in 2017. They enjoy playing badminton and basketball, cooking, and reading together.